Due to this reason, the prospects of mobile gaming is growing each and every in both Android as well as in the iOS platform. If you’re a mobile gaming enthusiast then this article is perfect for you. Every year millions of mobile games are uploaded in both Google Play Store and App Store. As you can easily find and download the games from both Google Play Store an App Store, but it becomes pretty hard for you to choose the best and hottest mobile game right in these two platforms.

So to help you out with that problem, we did a lot of research and prepared a list top 5 mobile games that are available in both Google Play Store and App Store. The games listed here are evaluated on the basis of total downloads, reviews, rank, and popularity. So without wasting a further moment, let’s hop straight into the list of top 5 best mobile games for Android and iOS. 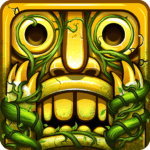 With over more than 1 billion downloads, Temple Run 2 is arguably the most played offline mobile game out there. It is an endless 3d running game where you’ll have to steal the idol protected from the gorilla. After taking an idol from the gorilla, you will then be chased by the gorilla. You have to run and face different obstacles on the way to save your life from the gorilla. As you run through, you will be able to get scores and collect different gold coins and diamonds on the way. Unlike other mobile games out there, this game uses Gyro sensors, so that you can tilt and change the direction of your character in the game. The game is addictive and fun to play and it is extremely lightweight and supported by most of the smartphones out there. This game is free to download on both Android and iOS platforms. 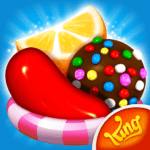 When we talk about an offline mobile game, Candy Crush Saga is arguably the biggest name in the mobile gaming industry. It is one of the most loved mobile games in the world. This game is free to download but contains different kinds of in-app purchases to buy moves, lives, skip time, etc in the game. This game is much like a puzzle game where you must match at least three items to explode them so that you can make another move to progress your game. The game is thrilling and gets interesting in each and every level. As the game requires a lot of focus and thinking capability, you may have a very tough time clearing its level as you play. Unlike other mobile games out there, this game is simple but addictive enough to engage you around. The game is available in Windows, Android, and iOS platforms. 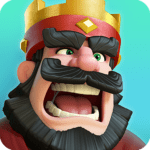 Clash Royale is arguably the most successful online mobile game from Supercell after Clash of Clans. By being able to generate $1 billion in revenue in less than a year after its launch, this game is worthy enough to be called one of the best mobile game out there on both Google Play Store and App Store. The concept of this game is completely different from Candy Crush Saga. It is a real-time multiplayer game, where you can clash or compete with different people around the world. Here to attack and win against your opponent you have to consistently upgrade your cards which contains your different kinds of troops, knights, dragons, etc to battle with other king or player to win and collect different types of trophies and crowns to level up. As it requires a lot of time and effort, this game can be very addictive to many people. This game is available in both Android and iOS platforms and is free to play but contains an option to upgrade different items in the game via in-app purchases. 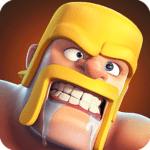 Clash of Clans is another mobile game from Supercell, which had dominated the mobile gaming industry before the PUBG and Fortnite was released. This game is all about building and protecting your base or town from the attacker by using the resources like diamond, gold, elixir and dark elixir. The players are able to earn a certain amount of gold, elixir or dark elixir after successfully destroying other’s base or town. After earning those resource, you can use it to build different types of the defense system and upgrade them to be able to defend your town from the attacker. When talking about attacking other’s town, you will have to train your troops which usually requires a certain amount of elixir or dark elixir to get trained for the attack. The game requires a lot of time to build and upgrade items, but it can be skipped by using diamonds. This game is also available for free on both Android and iOS platforms but you can purchase different kinds of in-app purchases if you want to boost your playing speed in this game.

If you’re a true mobile gaming enthusiast then you must have at least heard the name of PUBG. PUBG is arguably one of the biggest mobile game right now. It is a cross-platform multiplayer battle royale game, where you have to survive by killing 99 players. But you can also play in solo, duo or squad mode which consists up to four players in PUBG. The game is extremely interesting and addictive due to which it has been banned in many countries. Unlike other mobile games out there, PUBG lets you communicate over voice or message in the game. Either the last man or last team to survive wins the match in PUBG. We can loot different types of vehicles, armors, weapons, etc after knocking out our opponent in this game. After winning each match in PUBG you will be rewarded a certain amount of money in the game which you can use it later to purchase or customize different items in PUBG, and the best part is that you will be rewarded chicken dinner. The game is free to download on Android and iOS platforms but you need to purchase the game in order to install it on PlayStation 4 or Xbox One.